Windows system has been stepped into Windows 10, and HD movie playback has been progressed to a wide popularity for Blu-ray format. If you have some BDMV folders on your PC now, do you want to enjoy them directly? If the answer is YES, we can recommend you a very necessary Blu-ray playback tool to facilitate PC users to play BDMV folders with full feature directly. By dragging or selecting the whole BDMV folder, you can easily get the playback on Macgo windows Blu-ray Player. Macgo Windows Blu-ray Player is an excellent Blu-ray player software for Windows.

Macgo Mac Blu-ray Player is the first Blu-ray media player software for Apple Mac, which can successfully play Blu-ray Disc, Blu-ray Menu, ISO files, and BDMV folder, as well as on iOS devices. It outputs video at up to 1080p HD quality without loss of data and frame, and allows full preservation of all audio tracks, subs streams, chapter markers and videos, along with DTS5.1, you can enjoy fantastic home cinema entertainment.

What will you get?

Get 4Videosoft Blu-ray Creator for Windows with 60% Off Coupon. Turn your favorite video into a delicate gift and save ...
$23.60 GET NOW
Reveal coupon
learn more...
9

Windows 10 doesn’t have native support for DVD or Blu-ray playback. Macgo got you all covered. Get Macgo Windows ...
$39.95 GET NOW
learn more...
9

Please Report this deal if MacGo Blu-ray Player Suite Discount Coupon / Deal / Giveaway has a problem such as expired, sold out, etc when the deal still exists. 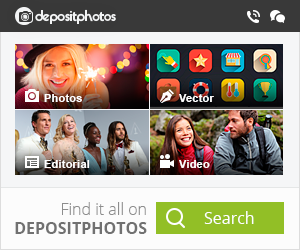 Deal of The Day

Expired 96% Off – The Brilliant Branding Bundle: 18 Elegant Fonts and Over 940+ High-Quality Design Elements

100% Free Udemy Coupon on the Course: Guide to real Reiki – how to change your life/Beginner level

40% Off Moneyspire 2019 – Lifetime License – Take Control of Your Financial Life!